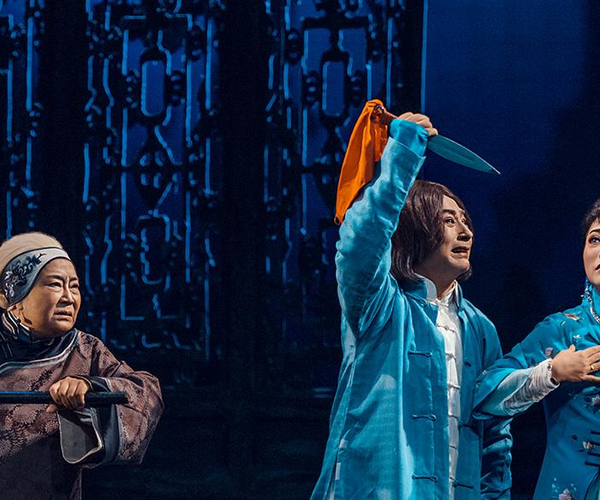 Jinzi was a milestone for modern Chinese Xiqu plays in the late 20th century and a revered classic today. With over 600 performances in China and 40 international tours, this powerful opera has a global appeal and was even featured in the Opening Ceremony of the 2002 FIFA World Cup. Moreover, the production has won multiple major Chinese Performing Arts Awards (35 in total).

“Jinzi” is an adaptation of the masterpiece “The Wilderness” written by the renowned Chinese playwright Cao Yu and tells the story of a love triangle and revenge, set in the early days of the Republic of China in the countryside.