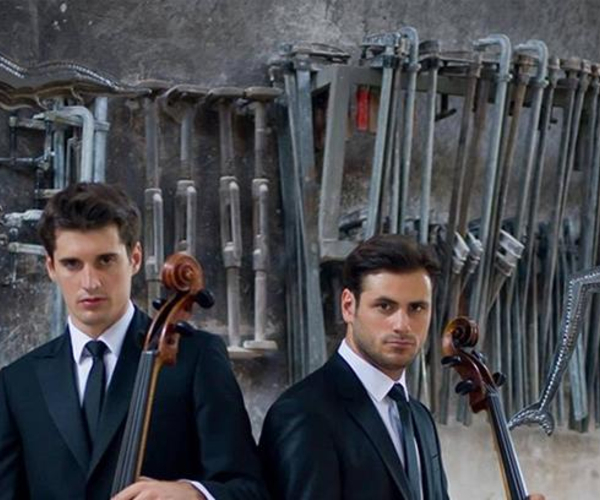 The 2CELLOS television special, "Live at Arena Pula", is an exhilarating live performance filmed in their Croatian homeland at the Roman Coliseum in Pula on 3 July 2013. The concert includes songs from their self-titled debut album as well as their internationally acclaimed second release, "IN2ITION". The special features 2CELLOS’ massive YouTube hits, "Smooth Criminal" and "Welcome to the Jungle" along with a trio of their popular renditions of AC/DC songs. Rounding off the set are their unique covers of songs from Jimi Hendrix, Coldplay, U2, Red Hot Chili Peppers, Nirvana and Sting plus classical repertoire that showcases their unsurpassed virtuosity.