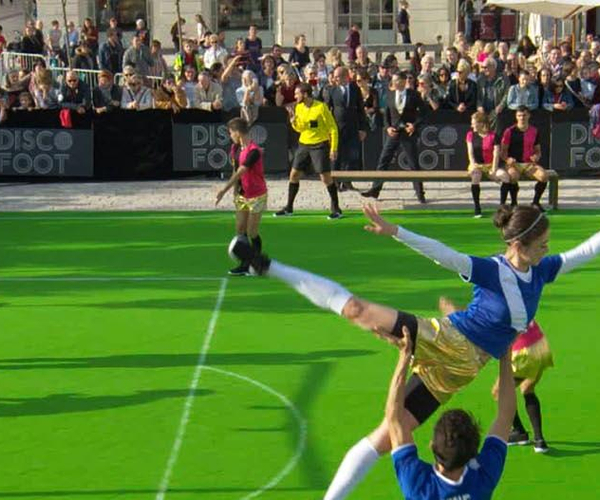 Discofoot is an ass-kicking, DJ spinning, maybe even twerking free-styling battle, where football's rules are twisted and braved by captivating music and dance. This adventurous mix of football and choreography is a modern dance piece by Petter Jacobsson and Thomas Caley, performed by dancers from the acclaimed French Ballet de Lorraine. Taking the form of a football match, in the central square in Nancy France, this modern dance piece toys with conventions existing in the very separate worlds of football and inspired dance.