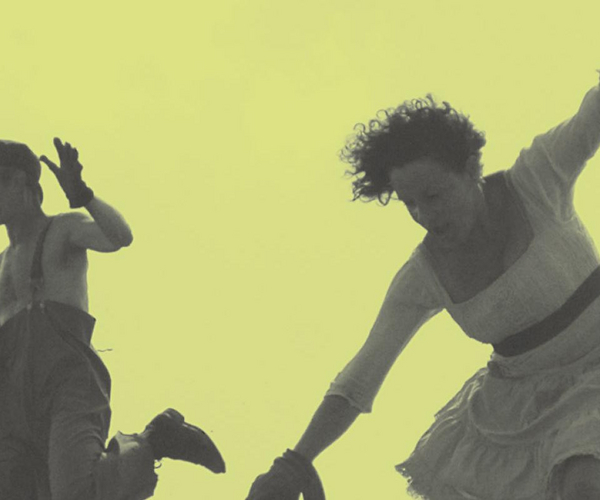 It was a pleasure for the IMZ that the 12 thedition of dancescreen, the international dance film and video competition founded by the IMZ – International Music + Media Centre, was hosted and coproduced by the
festival CINEDANS in Amsterdam this year! The festival presented a combination of film, dance and media, whereby movement and dance were the focal points. More than 250 interesting and inspiring films were
entered into the jointly organised competition, which was divided into four categories: A) Live Performance Relay, B) Camera Re-work, C) Screen Choreography and D) Documentary.
Due to the high number of entries a preselection of the films took place, from which the forty most interesting
international short and long dance films, documentaries and retrospectives were shown during the festival.
The dancescreen 2010 at Cinedans Award evening closed the festival in a celebratory way on Sunday 12 December. The winners of the competition were presented with the Dioraphte Cinedans jury award worth €7,500 and the Dioraphte Student Encouragement Award worth €2,000.

All films of the competition stood a chance of winning these awards, made available by Stichting Dioraphte. Additionally, all visitors of the festival were invited to vote for their favourite film to establish the winner of the Audience Award.
The professional jury of dance and film experts, including Cis Bierinckx (director of the Beursschouwburg), Arild Erikstad (NRK, Norwegian Broadcasting Corporation), Luuk van Eijk (founder and director Julidans
Amsterdam until 2010), Jen McLachlan (producer, balletLORENT & Wayne McGregor/Random Dance) and Isabelle Mestre (ARTE), awarded the prizes to this year’s best films.

Next to the film programme a variety of installations, live performances and panels made the festival a celebration of dance in all of its many dimensions. »Audience Building« was the topic of the first of several
panels, in the process of which the members of the Media and Dance Network scrutinised the methodologies for expanding the audience for dance films, videos and new media. In the panel »Platforms for Dance Film«
the best venues to present dance films, videos and new media to the public were brought to light.

Marc Kirschner, founder of Tendu.tv shared his vision of digital distribution channels in the panel »Ways of Distribution«. »Dance on TV – a Vanishing Phenomenon?« was discussed in a panel by Chris Hunt (Classical TV), Reiner Moritz (Poorhouse Productions), Gunilla Jensen Peyron (Sveriges Television, SVT) and Lynette Kessler (dancecamerawest) by giving an insight into the future of dance films and technologies. David Hinton presented the results of the dance film workshops he had given during the year 2010 in China, Cape Town (South Africa) and Bassano del Grappa (Brazil) in a special workshop.

To provide an international point of view as well, artists such as Núria Font (NU2’S, Barcelona), Vicky Bloor (South East Dance, Brighton) and Lynette Kessler (dance Camera West, Los Angeles) were given the opportunity to present their work in the panel »What’s happening internationally?«. At the »pitching session« – whose function was to foster the development of coproductions by creating a creative space for
networking, discussion and negotiation for all actors and partners involved in the production of dance films and videos – specially selected international projects were presented to TV programmers and film commissioners. The panel »Fundraising and More«, a topic which affects everybody in the dance/film world, attempted to find new strategies to raise funds. New technological developments were offered in the panel »New Possibilities, Multimedia and Software«. Lastly, the panel »Filmmaker Versus Choreographer« focused on the internal collaboration of filmmakers and choreographers.

The video library at De Balie was a very much appreciated resource to watch all film entries of the competition.